Saturday, June 2 at 1:30 PM – 2:30 PM
FREE! – Sign Up
Join us for a free community yoga class taught by our newly graduated yoga teachers, every Saturday in June at 1:30pm! This is a donation-based class and all proceeds will go to Gabriel’s Angels.

We can’t wait to see you on your mat!

Sunday, June 3 at 11 AM – 12 PM
$10 – Sign Up
What better way to start your Sunday morning than with Sumits Yoga Tucson for a morning yoga class & a beer afterwards for only $10 at Casa Video!

Join Joanna Lynne Smith and Michele Smith (owner of The Gathering Point) for this 90-minute workshop bridging the union between yin yoga and acupuncture. The restorative yin shapes will be held for an expanded length of time – about ten minutes – while acupuncture needles (or seeds) will be placed along adjacent meridian lines to bring you to a state of bliss. Just the relaxation that you need to cool down this summer!

Michele Smith is a licensed acupuncturist in the state of Arizona, receiving her Masters degree in Traditional Chinese Medicine from the Arizona School of Acupuncture in 2010. After graduation, Michele began working at a local community acupuncture clinic in Tucson where she has administered thousands of treatments.


Michele is confident and skilled in treating a wide range of health concerns having treated such a large quantity of patients. She is certified in Chinese Herbology by the NCCAOM, certified reflexologist, and tuina (Chinese Medical Massage) therapist. She is a vibrantly friendly outgoing person who will make your experience a joy. When she is not working Michele enjoys time with friends, hiking, travelling and being an active participant in her community.

Some of our awesome students and teachers!

In addition to over 30 Sumits classed every month, we have a full schedule of special classes coming up.  See you on the mat!

April 6 – Friday
5:30 pm
Included in class package
The original hot Bikram Yoga method, which consists of a powerful 26 posture series practiced for 90 minutes in a heated room.  The 26 posture series is designed to warm the whole body, allowing students to work deeper into the muscles, tendons, joints, bones, glands, ligaments and organs while systematically moving fresh oxygenated blood to every part of the body.

April 8 – Sunday
12 – 2:30 pm
$30
Ever wonder am I doing this pose correctly?  Am I getting the most benefit for my body in this pose?  Now is the chance to find out!  Come deepen your practice get your questions answered.  3pm class included in workshop fee.

April 27 – Friday
5:45-7:00 pm
$20 in advance – $25 day of
Guided Meditation with Gongs & Crystal Singing Bowls.  Experience the transformational power of Yoga Nidra Guided Meditation, Gongs, Crystal Singing Bowls, and Reiki Magic! The Yoga Nidra will bring you into an extended state of spontaneous therapeutic meditation followed by Reiki infused Sound Healing that will ignite your chakras and vibrate all of the body’s cells leaving them radiant with health. The meditation and waves of sound will carry you to a place of peace and give you a Mind, Body, and Spirit connection.

Flow with Hanuman the Hero led by Julie Tuomisto-Bell

April 28 – Saturday
12 am-2 pm
$20 in advance  – $25 day of
This is a 2 hour vinyasa class woven with the story of Hanuman. The postures will lead us to our peak pose hanumanasana and the mudra are designed to invoke the qualities of the hero, Hanuman.

April 28 – Sunday
Noon – 2:30 pm
$20
All levels welcome! No partner needed. Blend the wisdom of yoga, the dynamic power and balance of acrobatics, and the loving kindness of healing arts. This workshop will provide a safe environment to explore trust, connection, playfulness and the foundations of the yoga practice.

Explore the 8 Limbs of Yoga

Saturday May 5
12:30-2:30 pm
$20 in advance – $25 day of
Sumits Yoga Tucson is very Proud to host 2 workshops led by Cheryl Oliver.  The eight limbs of yoga presented by Patañjali are a process to refine our lives. The sequence from external to internal is deliberate, practical and profound, and each step offers us opportunities to grow and change, 5pm-7pm Beginning Chant with Cheryl Oliver $20 in advance $25 day of. The Veda-s are the foundational texts of yoga philosophy. Using the same methods of instruction that have been passed down for hundreds of generations, we will explore listening and chanting as a direct experience of tapas (intensity) and dhāranā (concentration).

Yoga for Recovery with Marta Mrotek.

May 11 – Friday
5:30 pm
Donations Accepted
Come check out this fusion of spiritual principles and holistic practice. Principles and the application of mindful physical movement to create the healing energy required for recovery in every area of life. Extremely useful for self study and highly effective for relieving all forms of distress.
The energy moving practice is non-heated Recovery Yoga. All levels, no experience necessary. Approximately 90 minutes. Dress comfortably, (sweats, shorts or yoga attire) bring a bottle of water and yoga mat if you have one.

May 12 – Saturday
12-2:30 pm
$75
Mala making workshop.  Make your own custom mala and learn how to use it.  Pre-registration in advance is required.  Upon registration Kathy will contact you to select stones, guru bead and tassel color.  Great way to celebrate Mother’s Day with your Mom!

Hot Flow is a 60-minute class set in lightly heated and humidified room 90-95 degrees 50sih% humidity.  A combination of intermediate and advanced postures focusing on movement with breathe, new sequence each time keeps your practice fresh and growing.  While advanced poses will be offered this is an all levels class.

We are considering new class times and offerings and could use your input. HELP US serve you better by completing our short survey! THANK YOU! 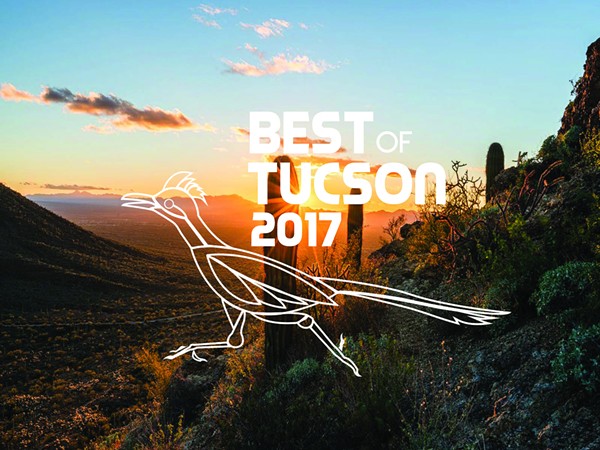 There is still time to nominate us for Tucson’s best. Show us some love in section 3 before May 31st. 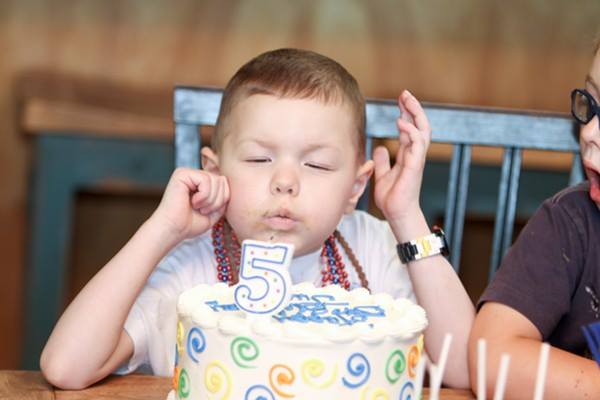 Come sweat with us and support a great cause!!! All donations benefit Leukemia and Lymphoma society, suggested donations $20 and can be made at http://www.mwoy.org/pages/az/tuc17/npochily.

Register now to save your spot. All donations will be entered in a raffle to win a 1 month practice pass Sumits Yoga Tucson!

When Jude Anderson recently celebrated his fifth birthday, he was surrounded by aunts and uncles, cousins, friends and other family members. To ring in the occasion, the party enjoyed a taco bar (Jude’s choice), two cakes, a piñata and some quality time playing with Legos. Caught up in the excitement, the man of the hour chattered away with his friends, ate what he calls “Dragon Tacos” and made his rounds collecting candy.

The passing of a birthday would seem to most a fun but frivolous affair, but the occasion was an important milestone for the bright young boy with inquisitive brown eyes and a toothy grin. When he was just 18 months old, Jude was diagnosed with acute lymphoblastic leukemia. He’s since received two bone marrow transplants, underwent three immunotherapy clinical trials and has experienced three relapses, although he’s now cancer-free. The treatments—some included cutting-edge experimental genetic therapies that weren’t even available a few years ago—have taken young Jude and his family to Seattle, Minneapolis and Philadelphia, along with long stays right here at Diamond Children’s Medical Center.

Despite all the hardships, Jude’s mother Barb Anderson—a self-described “momcologist”—said her son has remained positive and a source of inspiration for all.

“He is just so brave as he goes through this,” she said. “Even when I was the transplant donor, I had to get blood work a couple of times and I thought it sucked, but he gets poked hundreds and hundreds of times. He has had so many horrible things happen, but he still smiles.”

Though Jude remains positive, Anderson said her son was able to blow out his fifth birthday candles thanks to advancements in blood cancer research. Hoping to help other families in similar situations find their own hope, Anderson is now working to “pay it forward” and give other cancer patients the same chance as Jude by raising money for The Leukemia & Lymphoma Society’s (LLS) “Man & Woman of the Year” campaign.

“Maybe it is a bit of survivor’s guilt,” Anderson said. “To see so many other people along our journey who have lost their children, I feel like it is critical for us to pay it forward. We can raise these funds for this research that has helped Jude, but who knows who else we can help?”

Anderson and four other Tucson-area nominees with personal and family ties to blood cancer are part of a 10-week long fundraising effort to raise support for vital research. Participants in the drive have until June 17 to hit their goal. Each dollar counts as a vote, with the winner decided by total dollar amount.

Anderson is already more than halfway toward her goal of $50,000. If she comes out on top in the competition, Anderson plans to designate the funds for pediatric research in hopes of preventing other children from dealing with the experiences through which Jude has lived.

Raising money to cure blood cancer is a mission benefiting the more than 1 million people in the United States suffering or in remission from blood cancer, said LLS Tucson Area Director Jeff Petrovic. Responsible for bringing the fundraising drives to the region, Petrovic said the campaigns not only spread goodwill throughout the community, but also give families like the Andersons a positive goal in their lives.

“I can’t tell you how many times I have heard from the families with recent diagnoses or loss that say they want to do something,” Petrovic said. “I feel like we’re giving families the means to do something in the fight against cancer. We’re giving these patients and families an avenue to do something, to put all of that energy behind a cause and help us fundraise and find a cure.”

A cure could save families from the hardships through which the Jude and his family have endured, and Anderson said she hopes to prevent parents from suffering through watching their child struggle with cancer.

“You don’t want to see children suffer, and these new treatments bring so much hope,” she said. “There are children now who would not be alive otherwise. People like to see results, and this is something where we can say, ‘Here you go.'”

Joining Anderson in her mission to become man and woman of the year are Marisa Borjon, Carmen Grabowski, Lucy Lang and Daniel Persky.

For more information and links for donations visit http://www.mwoy.org/pages/az/tuc17/npochily 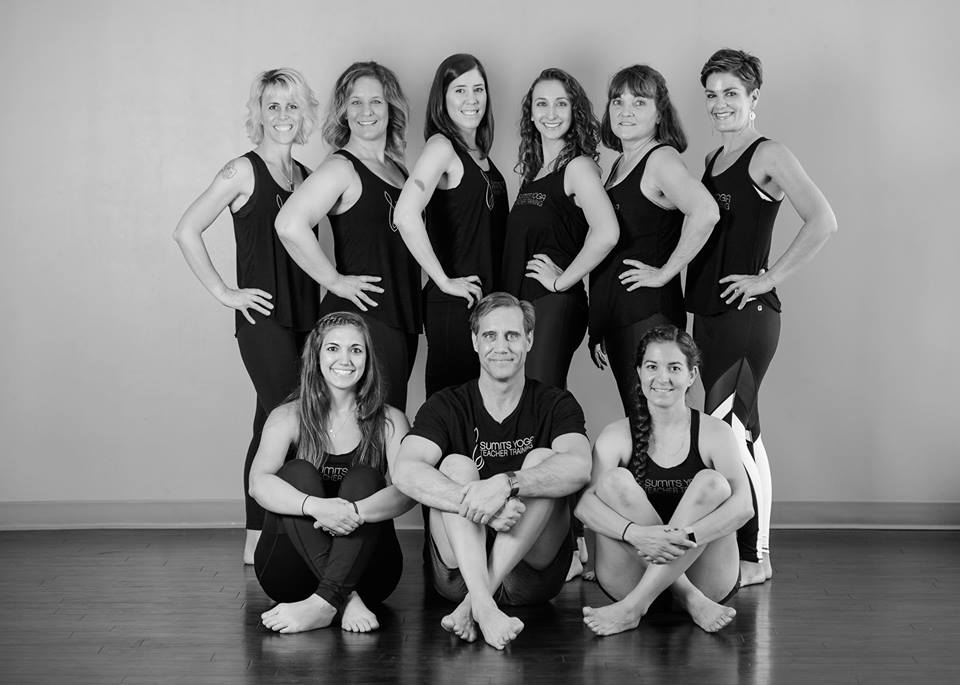 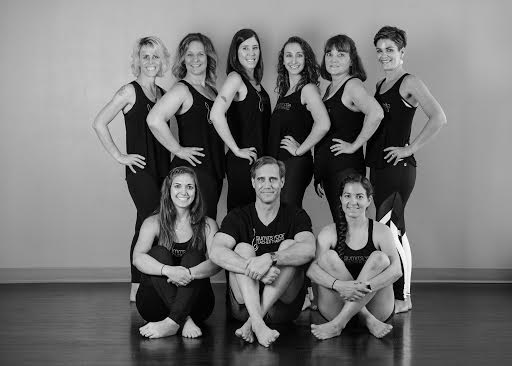 Please join me in congratulating these 10 amazing humans for undertaking the journey of a lifetime!! Congrats to all of our 2017 Sumits Yoga Tucson Inaugural Teacher Training Grads. Wishing you peace and love in the journey ahead.  Next teacher training – Spring 2018.

SAVE BIG ON OUR SUMMER PASS SPECIALS!

There has never been a better time to practice at Sumits. Our class schedule is full of opportunities for everyone to get their hot yoga on!
Summer Pass
$249
(Just $2.70 a day)
Students & Teachers – Summer Pass
$189
(Just $2.05 a day)

To purchase, simply come into the studio anytime in the month of May.
Passes are good May 21st thru August 21st. 92 days!